Most of the opposition to President Ibrahim Boubacar Keita (IBK) has hailed the August 18, 2020 coup d’état. They were hoping that the National Council for People Salvation (CNSP) would spare Mali from violent terrorists’ attacks and inter community killings as well as preventing a disastrous economic, social and political crisis. The return to civilians rule after a short Transition was also part of their expectations. The rampant occupation of the political space by the military has disseminated doubts.

END_OF_DOCUMENT_TOKEN_TO_BE_REPLACED 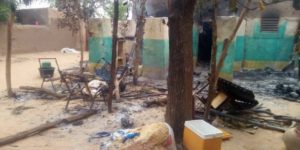 In the Sahel, with Covid 19, 2020 will be a pivotal year in the fight against armed groups, some of which are supported from outside. Moreover, a year of Partnerships and quest for coherence in cooperative policies. Finally, a year of thinking on the responsibility to deliver, and thus to putting an end to conflicts. Despite Covid19 perverse effects and an increasing internationalisation.

END_OF_DOCUMENT_TOKEN_TO_BE_REPLACED

BERLIN (IDN) – With the Ethiopia domestic conflict further escalating, the World Future Council has called upon conflicting parties to « end the devastating infighting, to respect international humanitarian law and provide safety for all the country citizens, specifically children, women and the elderly ».

The call comes in the wake of the United Nations reporting a considerable concern about military operations and airstrikes that have taken place in Tigray and Eritrea impacting on civilians, including women and children.

END_OF_DOCUMENT_TOKEN_TO_BE_REPLACED

Sahel: confusion and end of crisis!

At the heart of the Sahel crisis was, and still is today, Mali where its future is at stake. Yet not just only she.

Militarily weakened and diplomatically vulnerable, states in the region, and their allies as well, should find a way out of the crisis and not just wait for it to happen.

END_OF_DOCUMENT_TOKEN_TO_BE_REPLACED

Free hostages in Mali: joy of some and fear of others 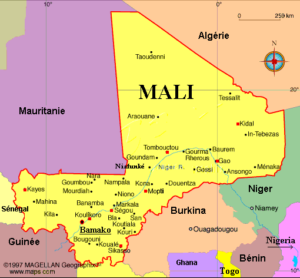 Two hundred and four (204) jihadist prisoners were freed against four (4) hostages that include three westerners and the leader of the Malian opposition and the payment of a ransom estimated at twelve to fifteen million Euros, or nearly eight to ten (8 /10) billion CFA.

To the hostages and their families delight, are opposed the worries of many Malians partners in the fight against terrorism as well as the fears of neighboring countries. The future will tell if the Malian transitional authorities were right to proceed with this perilous exchange. The Frenchwoman, Sophie Pétronin, was kidnapped on December 24, 2016 in Gao, Mali; the Italians – priest Pier Luigi Maccalli, on September 17, 2018 in Niger, and Nicola Chiaccio, in central Mali in February 2019. The leader of the Malian opposition, Soumaïla Cissé, was taken prisoner late March 2020, in the middle of the legislative campaign.