Sahel and Ukrainia, challenges of a region in transition. 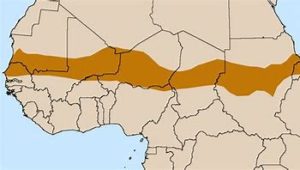 The war raging in Ukrainia since February 24 is tragic in terms of its ensuing human losses and the massive material destruction that have already been done. It is particularly central due to the issues opposing the many states involved. World economic and military powers clashing in a Europe that, since 1940, has not known an armed conflict of this dimension! The last one, horrendous, that of the former Yugoslavia (today recomposed of several sovereign states), did not include either the same strategic stakes or the same global scope as the one currently taking place. It is certainly far from over yet and the assessment of its various human and economic costs, as well as its diplomatic and military impacts, will still take time.

What about its current and future consequences for the Sahel Sahara? How – to avoid more wars or to end them- to manage the enormous challenges of a region in transition when, at the same time, wars of more global scope break out elsewhere? Who could then give advice and lessons in favor of peace and stability in the Sahel?