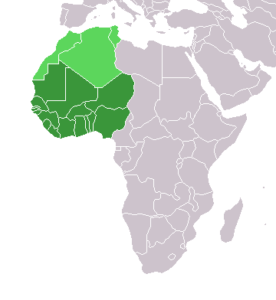 The above items are on the Dakar Forum agenda and will be debated there on 23 and 24 October 2022. However, the issue in this paper is addressing the consequences for the Sahel structural conflict and how to end it.

Ending the Sahel long lasting domestic war, grounded on militant programs and ethnic hostilities, calls for more than the mere signing of a peace agreement. As an example, Mali situation, years after the signing of Algiers peace agreement on 15 June 2015, is a perfect illustration. Addressing conflicts horrendous consequences calls for more than a signature: return of refugees and internally displaced persons, healing of relationships between communities, economic reconstruction and transitional justice if any, etc.

In that generally chaotic process, one first step is to establish a credible Committee to follow up and monitor the effective implementation of the Peace Agreement. Mali, its allies, friends and neighbors may need to bear that on mind. In Burkina Faso, the situation is ever fragile and it is elsewhere in the Sahel.

Over the last two decades, before the 2012 new vague of terrorism, the Sahel has been facing endless violence. Violence, murders, destruction and various illegal traffics were the prevalent background in the region. Contrary to a number of political statements, that situation started before the fall of Colonel Gadhafi regime. A regime that stimulated instability – financially and militarily – particularly in northern Chad, Niger and Mali. If it were not for Algeria pressure, Tripoli would have further disorganized the entire region as it did in invading northern Chad (the Awzou band) in the 1980’s.

Unfortunately, the 2002 US pioneering project – the Pan Sahel Initiative – didn’t last long to meet its ambitions of preventing the spread of terrorism in the Sahel and trafficking, its real funding. Worse, at that time, effective security cooperation between Paris and Washington was weak in the field. A cooperation that could have deterred terrorists from moving southwards to the Sahel.

Worldwide, the presence of terrorists and armed groups creates favorable conditions to a prosperous illegal economy and specially traffics and trafficking in drugs, cigarettes and irregular migrations. The Sahel was no exception and corruption became pervasive. Worse, with the strong prevalence of tribal systems, ethnicity offered solid bases for terrorism to take roots and to expand easily. A dilemma for fragile states with frail national cohesion as combatting, earnestly radical groups and traffics, is often divisive when governments are exposed to hard choices due to ethnicity considerations.

The more a civil war lasts, the more it survives on its own. This is particularly true when the conflict is taking place in fragile states similar to a number of those in the Sahel. Central governments are often perceived by people as not nationals but only representatives of an ethnic community. Same for security forces including police and customs services. Rebel groups and interested foreign entities often benefit largely from these volatile environments.

Security forces setbacks, in their confrontation with terrorists’ groups, are used as a justification for regime change through military coups. At the same time, civilian leaders may also use the pervasive insecurity contexts to delay or postpone elections and to remain in power. While having similar consequences, on security and national cohesion, military and civilian coups are not addressed in the same manner by the international community. However, there is no doubt that such an approach weakens the credibility of its deterrence especially where societies are traditionally resilient and prone to rebellions.

In fine, Sahel terrorism still has a bright future ahead. Its root causes, including especially bad governance, remains solid. Moreover, the war in Ukraine multiple significances for and in the region are strong. Large segments of the populations feel helpless when they hear or watch, on the social networks, the continued massive humanitarian and military assistance provided by the international community to Kiev government. Its illustration is the policy statement attributed to the EU head of foreign policy, Joseph Borrel: ‘’Europeans have to be much more engaged with the rest of the world otherwise the rest of the world will invade us’’.

An awkward consequence of all this is that terrorists, thanks to their handling of social networks, might be increasingly seen with lesser animosity.