MANAGING THE CHALLENGES OF A REGION IN TRANSITION: NIGER, LIBYA, SUDAN AND CHAD

The 4S Centre and Promediation are organising a high-level seminar in Niamey on February 23 and 24, 2022 on the regional reconfiguration of the Eastern Sahel (Libya, Chad, Sudan, Niger) at a time of great danger for the region: disputed political transitions and contested elections in Libya, Sudan and Chad; difficult negotiations and demobilisation of armed groups; the departure of Barkhane forces from Mali, etc. The sixty decision-makers and participants, hand-picked for their interest and experience in the area, will discuss these challenges and suggest solutions for a region undergoing profound change.

END_OF_DOCUMENT_TOKEN_TO_BE_REPLACED

The announced visit on 20 December of president Macron to Bamako to meet Colonel Assimi Goita, Mali president, was an enormous surprise. Whatever the official reasons for its cancellation, it will no doubt mark a new cycle in the bilateral relations between Paris and the West Africa capitals. Issues that irritate Paris including the Wagner’s troupes are many and worse obsessive. There is no doubt that from the muddle surrounding Macron aborted visit, colonel Goita gets out as the winner. Undeniably, for the moment, he is reconfirmed even though the Sahel crisis, to the great frustration of its civilian population, is however far from being resolved.

END_OF_DOCUMENT_TOKEN_TO_BE_REPLACED

Sahel Sahara: crises in the crisis.

Over the last ten years, the Sahel crisis has steadily taken root in and spread beyond the region. Having become structural, it is far from having reached its peak, especially in Mali, its epicenter. Its human, material and political damage are aggravated by the continuous disintegration of societies, economies and administrations while social networks, « conspirators » or not, make it a boon for young people dreaming of great adventures.

Through its fallouts, obviously now more diplomatic and unsurprisingly more publicized the crisis is evident far from the Sahel (in the Maghreb and in Moscow), thus fueling other crises and inter states power struggles. Similar to the now uncontrollable Libya situation, partly linked to its origin, but also to those always murderous Lake Chad crises.

END_OF_DOCUMENT_TOKEN_TO_BE_REPLACED 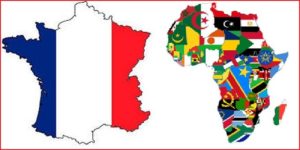 With Security Council ongoing visit to Mali with Keynia its current chair and Ambassador Nicolas de Riviere, of France, there are no alternative to optimism.

The present visit comes at an interesting though turbulent time of multiple tensions.

END_OF_DOCUMENT_TOKEN_TO_BE_REPLACED

The Sahel: and Afghanistan? 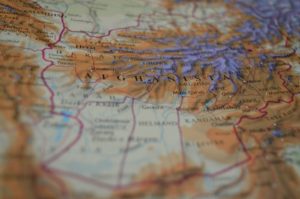 A surprise or a signal of our times? Beyond the enormous dissimilarities – geographical, historical and military – separating the two regions, American withdrawal from Afghanistan in the face of the  Taliban success, is as closely followed in the Sahel as in countries more directly concerned. The various armed groups, linked or not to AQIM, or Al Qaeda in the Maghreb, cannot contain their exaltations there. Their morale is at the zenith and the certainty that, that of their enemies is at the bottom, invigorates them even more.