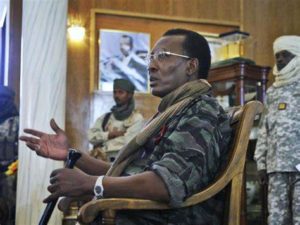 Very often the danger arises from where it is the least expected! In the Sahel, the violent death of President Deby is a stark confirmation of that. The unexpected disappearance of the warrior president, Idriss Deby, has reshuffled the cards across the region. Today, with two political transitions underway, in Mali and Chad, political and military issues have multiplied while terrorism is strengthening its base and extending its front. More than ever, the Sahel is at a crossroads.

With two political transitions where is the Sahel heading?

Chadian troops mobilized to ensure the political transition in Ndjamena, confront their armed adversaries present in Libya, contain Boko Haram around Lake Chad and wage war in the hot zone of Liptako Gourma against the jihadists, will the resources follow? With Deby’s death, a pause will impose itself. A necessary pause as, for once united, the region jihadists’ groups and beyond, will probably attack an unfriendly regime they see as still not yet too strong.

Focused on Mali – organizing elections, fighting and / or negotiating – the G 5 Sahel and its allies, mainly France, are now brutally challenged by the latest developments in Chad. A pillar of this G 5 Sahel, it is a country of warriors which, in 60 years of independence, has seen very few years of peace. Chairman of the G 5 Sahel since last February, Deby was anticipated, by the region and beyond, as the man for the job and a way out of the Malian conflict. He was going, it was thought, to hunt down terrorists as he did around the Lake Chad.

That priority will not necessarily be that of the new Chad authorities led by his son and successor. Their resources will first go to consolidating the regime which does not have only friends. Concerned or involved in the crises in Libya, Sudan (North and South), Central Africa, around Lake Chad, Liptako Gourma and within Minusma, Chad does not benefit from structural stability. The main goal of the new regime will be its survival and the consolidation of its mainly military base. The recall of troops deployed abroad is one of them. In a country where armed conflict has long been and still remains the favored form of political settlement, priority will be given to having more troops inside than in the distant « three-border » front.

In that perspective, the G 5 Sahel and its partners cannot ignore the risk of a collision between two priorities: respecting the transitions in Mali and Chad and fighting against terrorism. If the transition in Mali was and remains fragile, in Chad, where its opponents are very tough, it will even be more difficult to meet the deadlines on time. Ndjamena will allocate more resources to regime consolidation than to the country’s activities under the G 5 Sahel mandate and objectives. Successful completion of these two transitions, while avoiding terrorists return to areas hitherto untouched or already « cleaned up », will be the great challenge of the G 5 Sahel and its partners. But also the major threat to shoulder in the months to come.

To cope with the difficulties inherent to any unanticipated devolution of power, to harassment by Boko Haram and AQMI as well as to the activities of traffickers benefiting from lack of attention from the new authorities, a recall of troops into Chad seems inevitable. The ambiguous silence of distant countries, though already having a more or less strong footprint in the region, will make the two political transitions and the implementation of the G 5 Sahel priorities even more complex.

The Sahel remains very fragile and tribalized like Yemen and Somalia and their long self-sustaining crises. The real security issue in the Sahel remains obscured and therefore unaddressed. Revolutionary or Islamist, a terrorism that lasts, takes root grounded on the contradictions of traditional societies. As in Somalia, populated by the same ethnic group practicing the same religion and speaking the same language, terrorism evolves into a socio-political and above all an economic culture. In Somalia, Al Shabab is one of the largest suppliers to neighboring countries of many various and sophisticated consumer goods imported and re-exported beyond all standards!

The basics causes of the crises remain, strengthened further by technological developments (social networks) and fast growing urbanization. Diplomatic competition too. Dealing with terrorism calls for a return to modern states’ basics rules: better governance, in particular the fight against institutionalized unpunished corruption and tribalism which discredit governments’ credibility and fragilizes an often silent international community. Armies, often more ethnic than national and the education systems, more informal than contemporary, both call for modernization. Indispensable at all levels – political, military, economic and humanitarian – international cooperation can alleviate difficulties without eradicating them as long as leaders reject national consensus. A not negotiated support to the new Ndjamena regime may reinforce these trends.

Considering the difficult political transitions planned for Mali and Chad, the intrinsic fragility of the anti-terrorism front and the Sahel ambitions of new international actors, a quick exit from at least one of the two countries would be a success for all: the Sahel states, their neighbors as well as to their European and American partners. A crisis that lasts deepens further its roots and can only lead to more corruption, more exoduses and migrations and ultimately more crises.

As the death of Idriss Deby has just shown, seven month after the overthrow in Mali of President Keita, concerns about the region instability should be also linked to their governance than only to the sole Islamists terrorism.

In the Sahel, at the crossroads, political and military choices should and could also be wise.