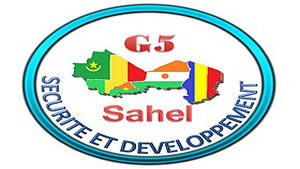 On February 24 and 25, the G 5 Sahel Summit and the Alliance for the Sahel will be held in Nouakchott, Mauritania. In that context, a reminder and observations may be needed.

A number of misunderstandings – as well as false information – muddle the Sahel Sahara crisis. That contributes to worsening the crisis and to delaying its resolution. To help understand it, clarification is needed.

A crisis hiding other crises.

The disastrous developments of the Sahel crisis makes us forget its terrible reality: the interlinking of multiple conflicts. First there is the Malian political crisis, the oldest of all as it dates back at least to 1964. It has known many settlements, often more formal than real (including Tamanrasset Accords, 1991; National Pact, April 1992; Algiers 07/04/2006; Algiers Agreements 06/15/2015). All, without exception, were followed by new crises.

At that time limited to northern Mali, the crises have since contaminated its central region where violence against, and between civilians, have weakened the State.

Then there is, embedded on and linked to this Malian crisis, that of the Sahel Sahara. That is the entire Sahel strip, in particular the G 5 Sahel countries. In reality, the region stretches from the Atlantic coasts to the shores of the Red Sea while encompassing the southern parts of the Maghreb and the northern parts of the Savannah.

The third crisis that of criminal activities, is present through multiple trafficking in drugs, cigarettes, migration, gold mining, etc. Regularly in the news, owned by multiple national and international actors, that criminal activity is fueled through the first two crises that, in return, it exacerbates.

The resolution of these conflicts requires a response that takes into account the multiplicity of national crises in the Sahel regional crisis.

Talking of a single Sahel Sahara crisis does overall distort the diagnosis, weakens the effectiveness of remedies and perpetuates insecurity. Today, the real challenge is how – through national and international political and military action – to achieve a lasting political success in one of the countries concerned.

The economic aspect is of indisputable importance to peace consolidation: reconstruction with job creation, infrastructure building and generation budgetary revenues. How to rebuild countries – during a conflict remains – the question. A Marshal Plan before 8 May 1945!

One reminder for the region. Long lasting, more or less raging conflicts exist elsewhere in the world: Somalia, Sudan, South Sudan, Afghanistan, Yemen, etc. Painful, no doubt! The international community ends up ‘’accepting’’ them! In other words, « the legitimacy » of a cause and political demands are not sufficient enough to resolving a crisis.

The Sahel Sahara ruling elites should update themselves on the international, diplomatic, economic and military reality of our countries and on their relations with the rest of the world.

It will therefore be necessary to form vast coalitions, first of all at the national level, for the transparent management of single states. They could then, among themselves and with their international partners, establish credible alliances for collective action against terrorism. With real chances of success and a better use of external support.